The Ballad of Rocco

Michael arrives at the movie studio to find Solomon Richards having the crap kicked out of him by Rocco Pelosi while his friend Gianni helps. Mike scares them off but they keep talking smack. Richards is ok and tells Michael to take care of them. Get in the SUV nearby and eliminate Rocco. Catch up to them and kill them however you wish. They can take two different routes. One will go to the highway and then down into Vespucci. The other will go up into the Rockford/Vinewood Hills. If you have trouble catching up they'll slow down eventually. Either shoot through the windows or damage their car enough so they stop and then take care of business. 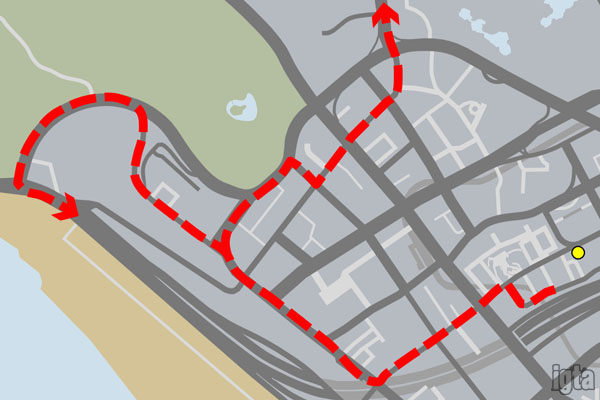 When both delinquents are dead leave the area. Michael calls Richards who once again gives him a movie quote. Michael answers the easy trivia and tells him the two kids had an accident. Richards is grateful and asks Michael to come back to the studio to show him something. You can either agree or come back later (you'll get a quick message from him at some point). To see it go to Solomon's office. Inside Richards continues to give thanks. He turns on a TV and shows a title for "Associate Producer Michael De Santa". Michael is taken back. The two have drinks and Richards invites Michael to look over a script. Later Michael exits the building while leaving Amanda a voice mail about his new job.