Michael sits on his couch at home as Trevor walks in. He just wants to chat with his old friend. Michael thinks he has figured out his life. Trevor says he's a man of action who is out making scores instead of sitting on couches. Michael says he wants to make movies. They'll do this last big job and go their separate ways. This makes Trevor upset since he has nothing when Michael has it all - even though Michael is miserable. The discussion leads Trevor to ask an interesting question: Who is buried in Michael's grave? Michael says he doesn't know but Trevor gets an idea that angers him greatly so he runs out as Michael gives chase. Trevor grabs Michael's car and speeds off leaving Michael without a ride. What happens next depends on which character you enter the mission with:

Michael walks up to Trevor and continues to tell him there's nothing there so he should stop. Trevor refuses and reaches the coffin. He breaks it open to reveal the decayed face of Brad. Michael says they were all going to die but he has a family and did what he had to do. Trevor wonders if he was supposed to be in the grave instead or better yet both Trevor and Brad. Michael says he got shot and lived. Brad got shot and died. Trevor pulls a gun on Michael who returns the gesture. Both dare the other to pull the trigger. Their standoff is interrupted by a Chinese man running up. Trevor throws his gun at Michael who fires off a couple rounds but misses Trevor as he escapes through a gate. The Chinese man says Mr. Cheng wants a word with Trevor. Michael takes cover and says they have the wrong guy. The man calls out to others and says to get the boyfriend. 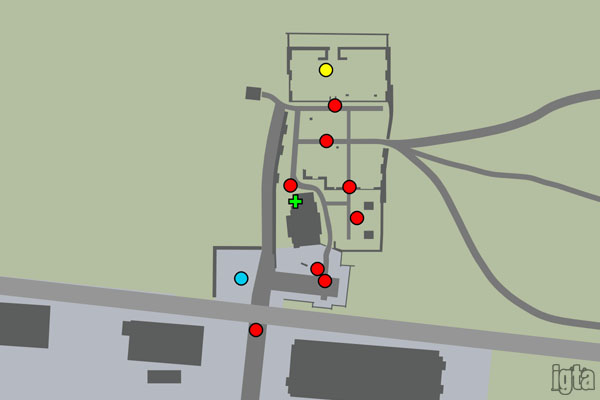 Take out the enemies on your way to the car. They are scattered around the cemetery with reinforcements coming from a few vans. Michael only has a pistol since his weapons were removed before boarding the plane but the enemies have assault rifles. Use the graves as cover. There is a health pack on the right side of the church where a van is. The last van gets caught by a train but after it passes they will move up into the cemetery. Kill them all. When you get in the car Michael can't get it started. The Chinese surround the car and the screen goes black.

You are now put back in control of Trevor who is flying back to the Sandy Shores Airfield. Wei Cheng calls him and says Trevor is impeding on his business ventures in the area. He is holding Trevor's lover - Michael - hostage. Trevor laughs and dismisses the threat since he has given up his friendship with Michael. Lamar will also message Trevor that they are going to move on the last car for Devon Weston. Land the plane at the airfield to complete the mission.

Now Michael is not available to SWITCH to. After this mission Patricia will call Trevor to say hello. They'll chat briefly.