So it has been a week since the first Official GTA 5 Gameplay Video and we have a few other things to round up since.

First up is CVG who managed to get an audio interview with Rockstar North's Producer Imran Sarwar. (while CVG took a break from stealing fan-made maps)

Among the new info:
Thanks to calimann83 in the forums for the quick breakdown.

Next up is Jeuxactu.com which also had an interview (translated) with Imran Sarwar and also a more well known member of the Rockstar North team, President Leslie Benzies.

"We want to surprise people with very intense missions from the start. The pace of the game is much faster than any of its predecessors. From the beginning, we want to show off the new game mechanics while creating intense, action-packed gameplay, to capture the player's attention immediately."

"Unlike previous GTA's where main characters such as CJ from San Andreas or Niko were newcomers to the city, Michael, Franklin, and Trevor are not."

"They already have contacts, they are integrated with the world and lead a busy life - these characteristics should give players a sense of immediate and total immersion. That said, all three main characters won't be playable from the start. We want to give the player the opportunity to get to know the three characters individually, and explore the world as each of them, and it would not have been possible if all three had been available from the start."

Thanks to Adam2001 in the forums for pointing these out.


One last bit of news to share, a few more screenshots have been spotted in magazine articles this past week. You can see them and more as they are found in the forum topic here. 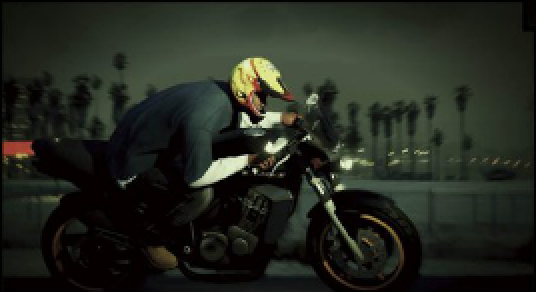 Hopefully Rockstar will release these and the others in high-res soon. Stay tuned and join the discussions in the forums!
All content created by and property of iGTA5.com and must not be reproduced without express written permission. © 2011-2020 iGTA5.com