ShortList, a UK magazine, has publshed a never-before-seen screenshot of Grand Theft Auto V in their latest magazine and online: 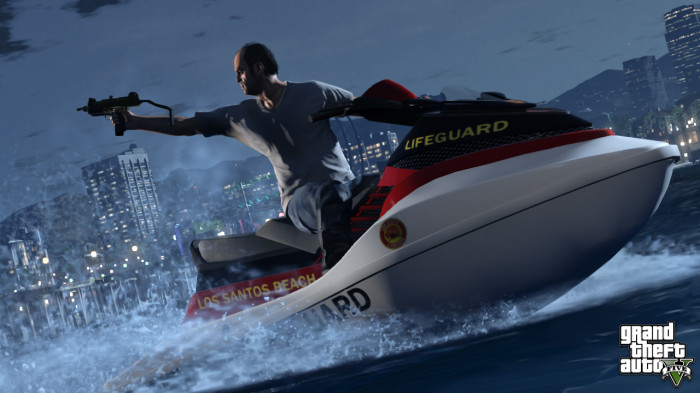 It appears to be our back-country friend seen on a quad in recent artworks. He's riding a lifeguard version of a Speedophile around Del Perro Pier (Pleasure Pier) while firing an uzi. We can say with minimal doubt that he is also the one firing at police in this screenshot from August: 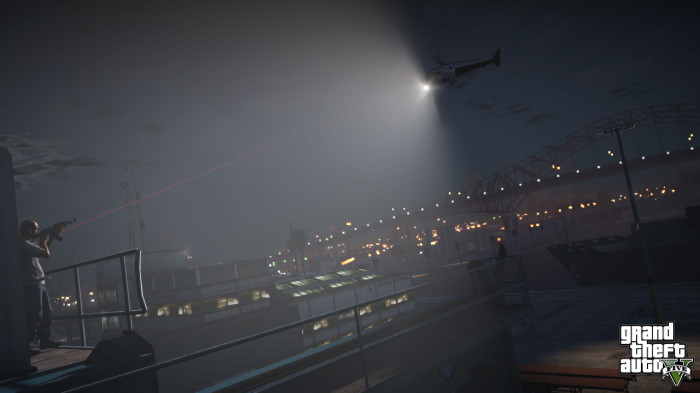 The screenshot is to help promote their GTA V collector's item giveaway here.

Be on the look out for more random screenshots to pop up in different places - and in Game Informer tomorrow! Thanks to JamieMilne for the heads-up!

We've also just been pointed to this picture revealing something very interesting... 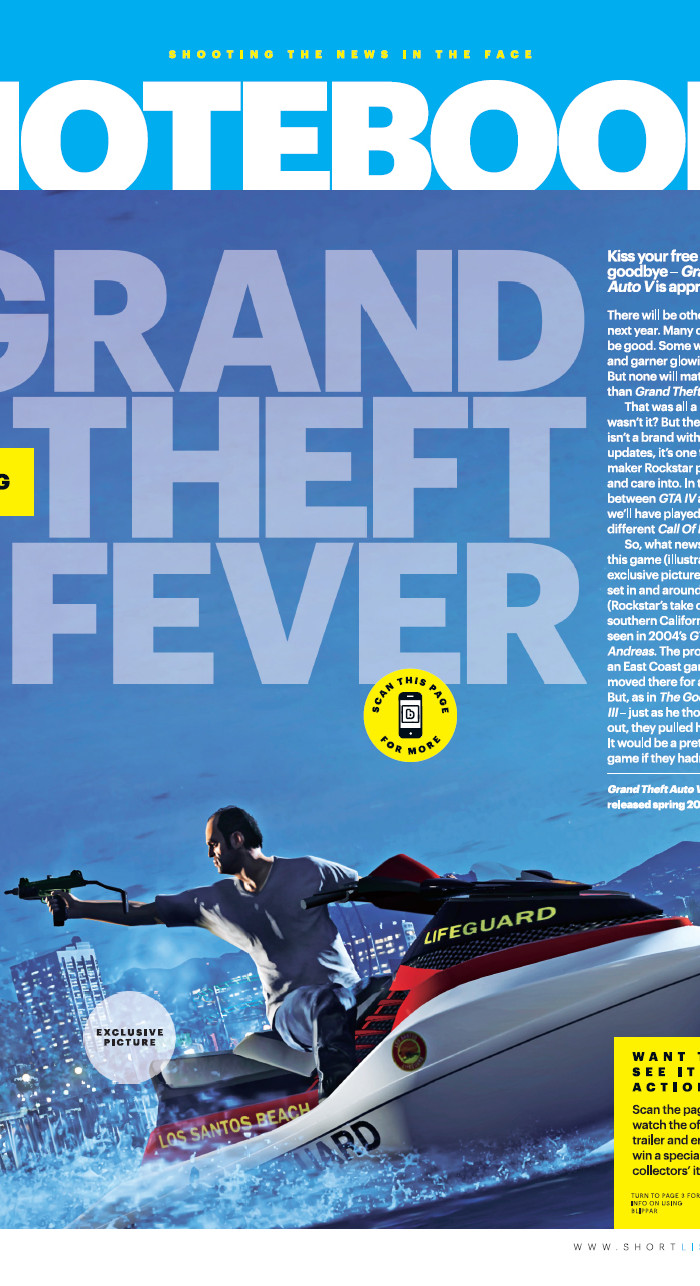 "The protagonist is an East Coast gangster who moved there for a fresh start. But, as in The Godfather Part III - just as as he thought he was out, they pulled him back in."

So, one protagonist? Tell us what you think below and in the forums! Thanks to Ovren and Nas299 for the pic!

Shortlist has removed the screenshot and replaced it with the LSPD helicopter screenshot. Maybe SL will have a job opening soon!
All content created by and property of iGTA5.com and must not be reproduced without express written permission. © 2011-2020 iGTA5.com