There's only one way to show force in the GTA realm: weapons. And the more powerful your weapon the better. So what kind of weapons will we get our hands on in Grand Theft Auto 5? Let's take a look... iGTA5

Many weapons have some customization options such as the attachments listed above but you can also get color tints for some too. Note attachments have benefits such as grips increasing accuracy. 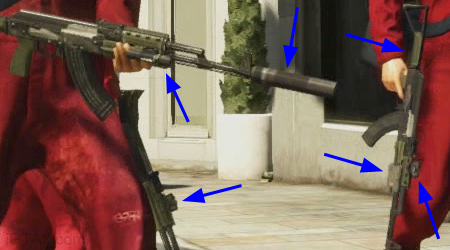 Grand Theft Auto 5 features the weapon wheel used in Red Dead Redemption and Max Payne 3. Weapons are split into classes such as pistols, rifles, thrown, etc. When selecting a weapon, the accessories show in the middle of the wheel so you know if a gun has a supressor or extended clip. You can carry multiple weapons of the same class. Unlike Niko tossing away empty guns in GTA IV, you won't lose your guns in Grand Theft Auto V. This will help save you plenty of money at gun shops. iGTA5 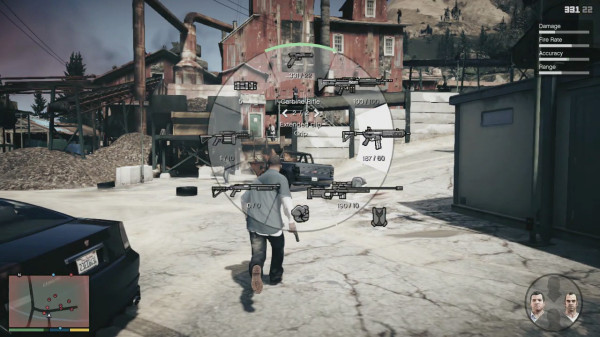 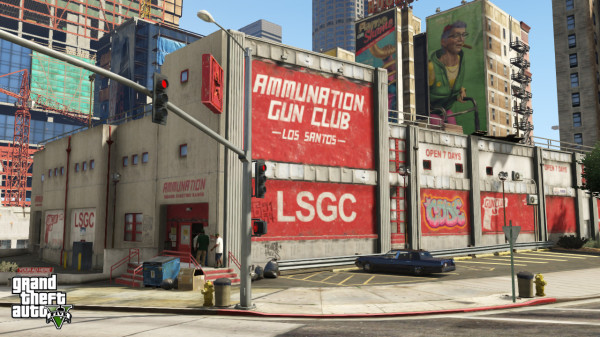 As for obtaining weapons off of fallen enemies or back alleys, GTA IV introduced weapons lying on the ground in a more realistic fashion but in order to make them visible to players they had a red-orange glow. In Red Dead Redemption, weapons had a bright white shine to catch your attention. In GTA V the weapons are on the ground and flash white to get your attention.

Dogs can assist in taking down enemies or on the other side keep you out of certain areas. Chop can be controlled to some extent by Franklin (using the real-life GTA V app) and help distract enemies. 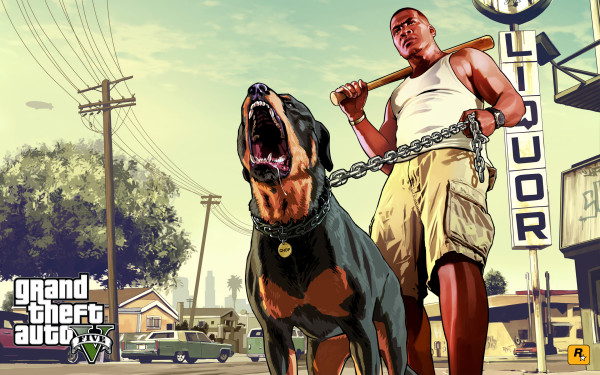 Look for more weapons to be added in future DLC!
All content created by and property of iGTA5.com and must not be reproduced without express written permission. © 2011-2021 iGTA5.com