Trevor arrives at his trailer and a fearful Wade tries to get away. After failing to hide he tells Trevor that he's been trying to find Michael with no luck. After a little tough love he reveals that there are two Michael Townleys in Los Santos but they are either too old or too young. However, he did find a listing for Michael De Santa who fits the profile. After confirming the wife's name is Amanda, Trevor knows for sure it's the right Michael. He tells Ron that he and Wade are going to Los Santos. Ron is in charge of the business while they are gone.

Grab a vehicle and head to the trailer park. There's no time for ice cream as they have some last minute business to take care of before visiting Wade's cousin Floyd in Los Santos. Another chapter of the Lost MC has arrived in the area and will probably try to get revenge for their dead. Trevor and Wade are going to "pay their respects" with gifts. When you get near the trailer park a cutscene will show Trevor pull up and various bikers around the park including one mourning over coffins. 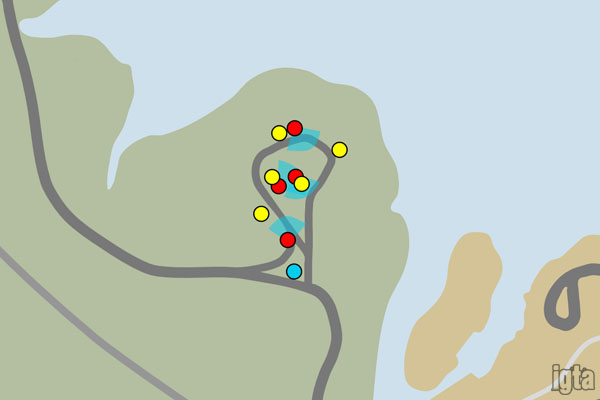 The gift that gives all at once

You are told to plant sticky bombs on the trailers. Either use a suppressed pistol to take out the bikers or sneak around them. A vision cone for each biker is shown on your radar so avoid their sight. Some are talking with each other and some have other distractions. Toss sticky bombs onto any part of the designated trailers. There is no set order. When all five are planted return to the car. Detonate the bombs and watch the destruction. Get in the car with Wade and drive off to Los Santos. 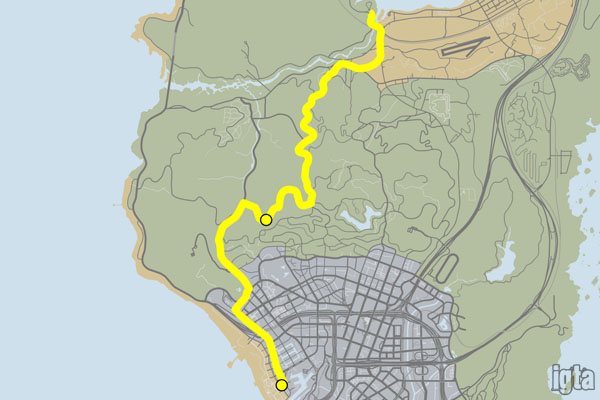 During the drive Wade says Trevor must be mad at Michael but Trevor says he's mad at the feds for "killing" him. He isn't exactly sure if Michael is alive but who else would use the same quotes and have the same family? Wade's child-like mind gets on Trevor's nerves and he ends up telling Wade a story about "Trisha". He grew up near the Canadian border and was great at many things except he didn't know what to do with his life. He played hockey for a while until his coach got a stick in his ass.

As the pair gets their first look at the city Wade gets excited since he's only seen it on holiday cards. Pull up near the marker and exit the vehicle. Walk into the marker and the game will take over. With the beautiful skyline ahead of him, Trevor comments that this is where dead people come back to life. It's been nearly ten years since Trevor has seen his best friend. He's both upset yet joyful.

Get back into the car and drive to Wade's cousin's apartment in Vespucci Beach. Continuing the story, Trisha decided he wanted to fly planes for the Air Force but was grounded by an evil witch that deemed him unstable. Just as he hit rock bottom he met a fat troll under a bridge named "Michelle". The troll robbed people as they went by and sometimes robbed stores in town. The troll convinced Trisha to rob people too and found he was good at it. Life was good until the troll met another troll at a strip club. Michelle bought her fake tits to help her make more money on and off the pole.

Pull into the marker under the building. Wade runs up to find the right door. Follow Wade up the stairs and walk up to the door. Floyd attempts to avoid his cousin but Trevor busts the door open. He makes himself right at home and begins barking orders to Floyd who is not keen on two meth heads staying at his girlfriend's apartment while she is away at a business meeting. Trevor wants a drink but there's no booze in the house. Floyd and Wade are ordered to get some.

Floyd's apartment is now a safehouse for Trevor in Los Santos. All three characters are now available for SWITCHing. Ron messages you that there's a flight school at the Los Santos Airport.