Trevor finds his Chinese friends at the inn again and takes them outside to talk business. T.P.I. has shown itself to be quite a business but Cheng's translator breaks it to Trevor that the big boss wants a bigger business partner. Trevor attempts to sweet talk his way into a deal but to no effect. After abusing Cheng a little the translator reveals that they are working with the O'Neil brothers. Trevor becomes angry and tells the translator that the O'Neils are going to have some issues. He gets in his truck and takes off. 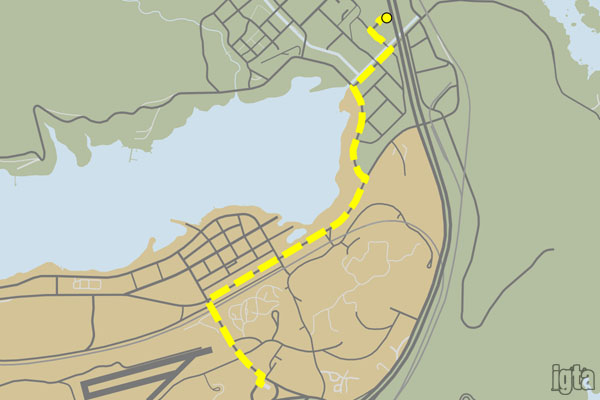 Drive to the O'Neil brothers' farm in Grapeseed. After finding some appropriate music Elwood O'Neil calls Trevor and tries to calm him down. He says they - a long list of names - are at the family farm if Trevor wants to talk. Trevor will do more than talk. When you reach the marker near a small hill get out and go to the vantage point.

More than a Walton

In a cutscene various men are shown around the farmhouse including one with binoculars. A crowd is around two vehicles out front. Elwood walks up and tells his brothers that Trevor is on his way so he directs a few of them to protect the meth lab. The rest of them jump into an SUV and go to meet the Chinese men. You are told to destroy the O'Neils' meth lab which is in the basement of the farmhouse. 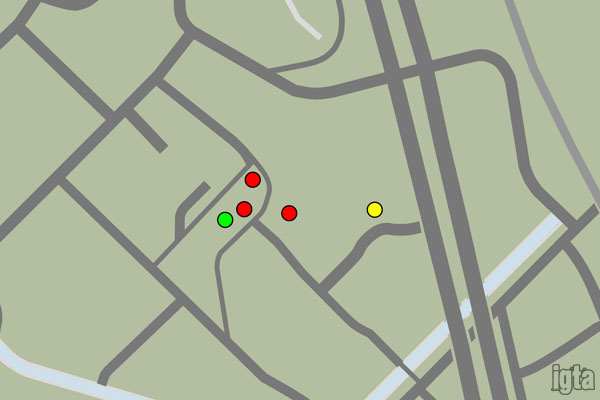 To avoid a mob of people gunning for you, equip a suppressed sniper or other weapon with a suppressor. Start taking out the enemies. Towards the left is one practice shooting and another cheering him. On the upper deck of the house is the lookout with binoculars. Two others will be talking to the right of him but eventually split up. One more is on the lower porch. On the ground to the right are two having a discussion and two rolling barrels. Three of the four will get into a van and drive off leaving one alone. You can see a couple in the windows of the house too but you can't always tell if there is another next to them. Make sure to kill ones that are not in view of others (behind another or on a different level). If one of them is alerted, take them out before alerting the rest.

To sneak into the house, go around the back right where there is a door with a health pack. One will be to the right facing away. Another will be in a front room if you didn't get him from the outside. A final loner is in a back laundry room next to the kitchen. The rest in the house are in pairs having discussions so you'll end up breaking the silence at this point. Two are in the kitchen, three are in the far front room, and two more in the far back room. Take out the two in the kitchen and grab the health pack if you need it. Next move onto the far rooms and kill them however you can. A health pack is in the front room where the basement stairs are.

We don't want no water

Make your way into the basement. The final brother will surrender but end up pulling a gun so kill him. Grab the jerry can and pour a trail from the basement up the stairs and outside. Once outside shoot the trail and a cinematic will show the fire move through the house before blowing up the whole thing. If you want to skip the trail you can toss a sticky bomb and detonate it when you get outside. With the house destroyed get away from the farm to complete the mission.