Most of you probably remember Patrick Brown who has created quite the collection of video game artworks. Check out his newest creation depicting Vice City in 2011: 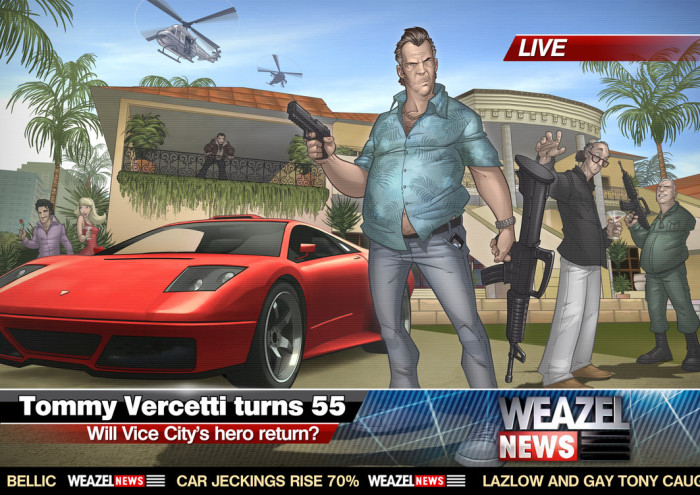 Patrick's description of the image:
As you may have seen in our GTA5 Setting page, Vice City could be the location of the next Grand Theft Auto game. Is a new Vice City Patrick's top pick? Does he know something we don't? Only time will tell. Let us know what you think in the comments!
All content created by and property of iGTA5.com and must not be reproduced without express written permission. © 2011-2022 iGTA5.com