It's Sunday. Tomorrow is Monday and then... well, you know what comes next. No doubt tomorrow will bring plenty of official news as GTAV gets into the hands of Russians and Aussies and then more countries sweeping across the globe over to the US. There are definitely reviews to look forward to. So here are more advertisements and some fan art to kill our last weekend before Grand Theft Auto V releases! 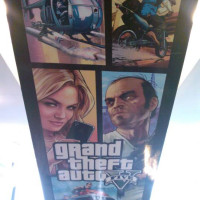 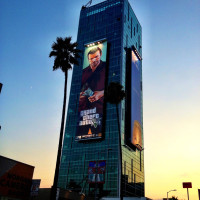 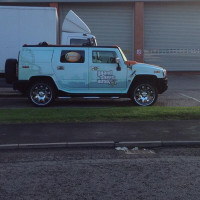 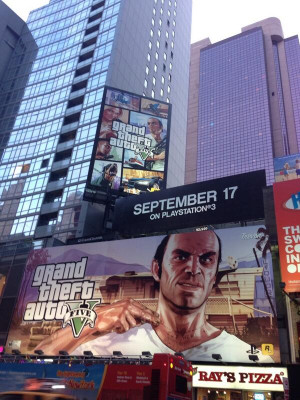 Just after our advertisement round-up, this appeared in Times Square. Image found on twitter.

There are still many, many more scattered around the world!

This part had been planned for a couple weeks, prior to certain things being revealed early. You may or may not have had a look through our GTA V mapping topic in the forums. Where some have simply pointed out landmarks, a few of our members took it a step further and created the actual GTA V map using trailers, official gameplay videos, and screenshots. Here's a quick timeline of progress: 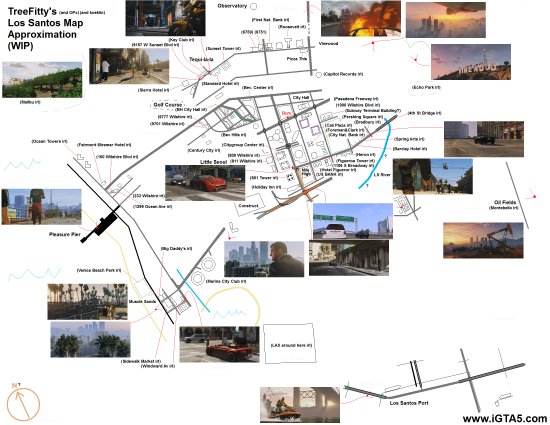 Humble beginnings in MS Paint started a little over a week after the first trailer was released in November 2011. Pictured is the final version before moving on to better techniques.

Progress right before the blue print images were revealed with the SE and CE version announcement: 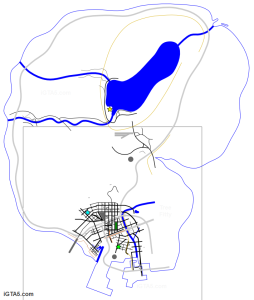 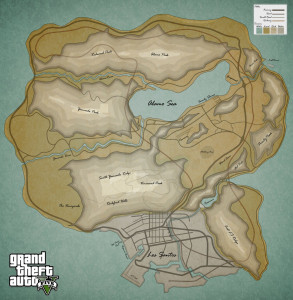 Left: TreeFitty's map when the blue print images were revealed. Right: Infamous forum member DuPz0r joins the fun with his own map.

The blue print reveal finally gave us some real streets to scale everything else with. The rest of the map (Blaine County) was still unknown as far as scale and shape up until an achievement icon was revealed showing the complete outline. From there things finally started coming together using additional screenshots and videos. Then last week an impatient person posted a picture of the Brady Games guide (spoiler tags in use). That pretty much brought the mapping extravaganza to a close and here's the final results from iGTA's Lewis and Clark: 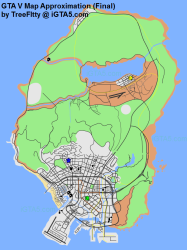 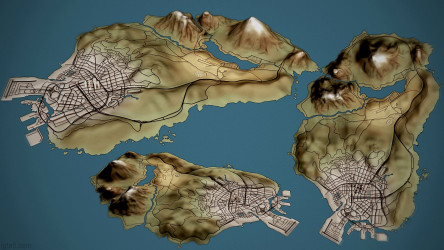 Left: TreeFitty's final approximation. More about it here including a comparison to Brady Games and a bonus GTA IV style here. Right: DuPz0r's final 3D creation you may have seen on other websites. View the 3D model here.

Amazingly close on both. It was a lot of fun and helped the past 2 years go by much faster. Many others contributed maps and input to the ones above. If you feel like browsing through 160+ pages of map discussion you can here.

Be sure to keep submitting fan art and sign up to use the forums! You'll be able to ask questions and provide answers to fellow GTA V fans!
All content created by and property of iGTA5.com and must not be reproduced without express written permission. © 2011-2021 iGTA5.com