Franklin answers a public phone in East LS - a small block away from Lester's garment factory. Lester says the next target is Enzo Bonelli who is a mafia guy turned real estate developer. He has used his mafia ways to get on half the city's building contracts which is crippling the wages of all the city's construction workers. Lester has an interest in Gold Coast Development so Franklin will take out Bonelli. He's at the construction site in Downtown LS but the problem is Lester's source squealed and Bonelli has beefed up his personal security. Be prepared. 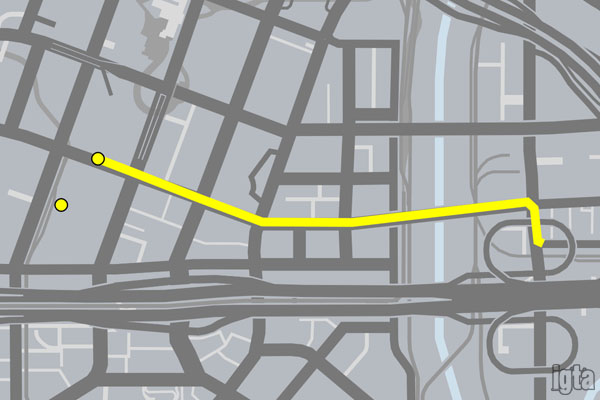 Go to the construction site. Bonelli is shown quite upset about the price on his head and tells one of his guards he is staying with the chopper. Get to the rooftop. There are guards scattered around the site but they won't show up on your radar until they are alerted to your presence. Fight your way to the elevator on the southwest corner of the main building. Get in it and activate the button to go up. When it stops you will be greeted by more guards. A health pack is on the wall to your right. Get over to the next elevator on the northwest corner and activate it. On the roof is a final wave of guards and Bonelli gets into a helicopter with a couple of them. One guard is up on the crane. Kill them all.

When they are all dead either grab one of the parachutes lying around and jump or take the elevators back down to leave the area. Franklin will call Lester to confirm the kill. They need to lay low for a little bit.