Franklin answers a public phone in Hawick. Lester's next target is Isaac Penny who is a capitalist about to take over Vapid Motor Company and lay off thousands of workers. Although he is a billionaire he rides the same bus to work every day so Franklin will take over the route and make sure Penny goes where he needs to go. Lester mentions that you shouldn't buy any Vapid stock until the acquisition falls apart. 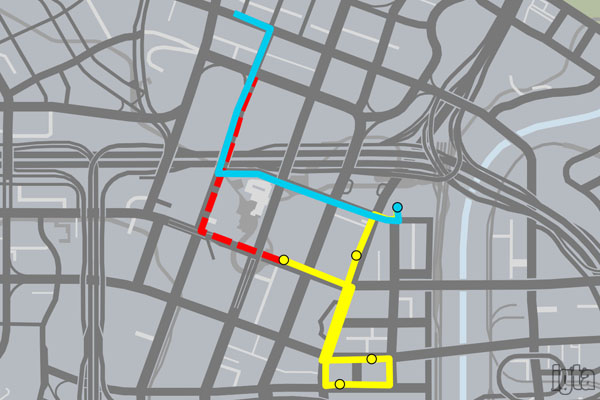 Grab a bus from the depot in Downtown LS. When you get in it head out and follow the route to each bus stop. Franklin will take a look at the smiling passengers as they get on. At the fourth stop a man in a suit will get on board. Franklin points out the target and tells him to pay the fare. The man yells about a fare hike and gets off the bus to steal a bicycle before running away. Kill the target however you wish. Run him over, drive-by shooting, etc.

When he is dead leave the area. Franklin will call Lester to confirm the kill. He'll speak to Franklin soon.