Nice to meet you

Franklin is the first to arrive at the construction site and Devin Weston is pleased to meet the homie along with a woman and their driver in a car. They heard Franklin was a repo man which is perfect for this job. Weston basically robs his friends and sells their stuff to China since they can afford it and he's richer than them. Trevor joins the group and takes a liking to the woman. He asks what they are doing and Michael walks up as Weston explains they are going to dress up as cops and grab cars from two snobby rich kids. The woman adds that they are selling the cars to Asia and the kids like to cruise the Senora Freeway. Weston sends off Michael and Trevor. Franklin tells Weston that his life is already a mess but is told this is his lucky break. Franklin complies.

Left in control of Franklin, get in the car and head to the gas station in the Tataviam Mountain region. When you get near the station Franklin calls Michael to confirm if they are ready. Michael says they'll pick them up in Grapeseed. When you enter the station Franklin pulls up into the pumps and initiates a race with the two guys and their super cars. They quickly agree and the race is on.

Race the two cars. They'll start out on the wrong side of the highway before switching sides and maneuvering around traffic including between trucks and buses. Use Franklin's special ability to safely navigate through the tight squeezes and quick lane changes. When you get out in Grapeseed Franklin calls Michael to let him know they are coming. Michael and Trevor - looking awesome in their Highway Patrol outfits - get on their Police Bikes and take off as the cars zip by. 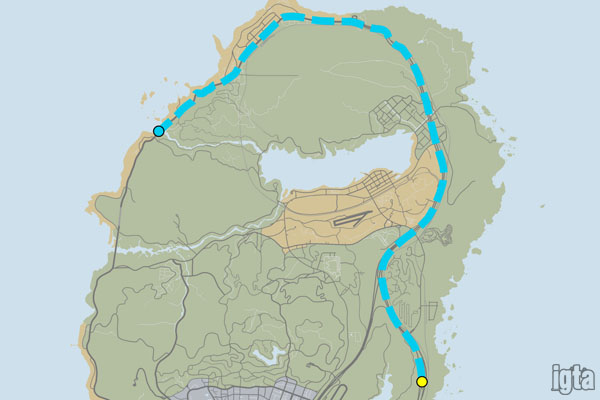 SWITCHed to Michael, catch up to the cars to pull them over. It won't be quick and you'll end up circling half the state until they finally stop on the Raton Canyon Bridge. Michael and Trevor dismount and do their best law enforcement impressions. Trevor handles his suspect with care but Michael is a little more forceful. Both racers get thrown to the ground and the fun police jump in the cars. Drive the car to the garage. 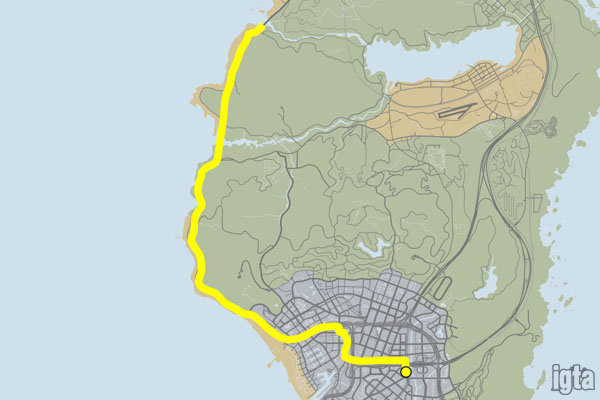 It turns into another race and you can SWITCH between any of the three during the ride. Michael dials a number which goes to the woman from the construction site. Her name is Molly Schultz and she is basically Devin's lawyer - not just an assistant. She says the cars are to be taken to Hayes Auto in Downtown LS. Michael relays the info to the others. Franklin thanks Michael since jacking and racing cars was what he was doing but for less money. Farther into the journey Trevor questions Michael's motive for all of this and mentions he saw the girl first and she belongs to him.

When you arrive at the shop all three enter the garage where Weston and Molly are waiting with the service crew. Weston is very happy to have the cars but this is only two of the five. He'll pay them when all five are delivered which Trevor doesn't like. The next car is a Z-Type owned by record producer Chad Mulligan. Molly explains it's locked up in Hawick somewhere. They have access to an LSPD helicopter with super sensors to ID people. Trevor will fly the chopper and locate the car. Franklin will be on the ground to collect it. Michael is not needed but Weston will be in touch about the Solomon thing. They all leave and you are left in control of Michael.