Mary Ann is a very competitive woman that partakes in various human endurance races including running, cycling, and triathlons. She's a bit of a nutcase which makes her ideal to Trevor.

Michael finds a woman - named Mary Ann - stretching next to a fence in Del Perro. From the start it's obvious she may not be a little right in the head. Mary Ann is quick to inform Michael that she doesn't want to sleep with him and that it's okay for a 39-year-old woman to be single. She's not stressed at all and about to take a run. She could beat Michael in a race but Michael informs her that he was an All-State quarterback in high school. Mary Ann doesn't care.

As soon as Michael starts moving you are put in control with the race already begun. Race Mary Ann by sprinting through the markers along the paths down to the beach. When you finish Mary Ann and Michael will have a short conversation about the results. Mary Ann says she is training for a triathlon and takes off on a bicycle. 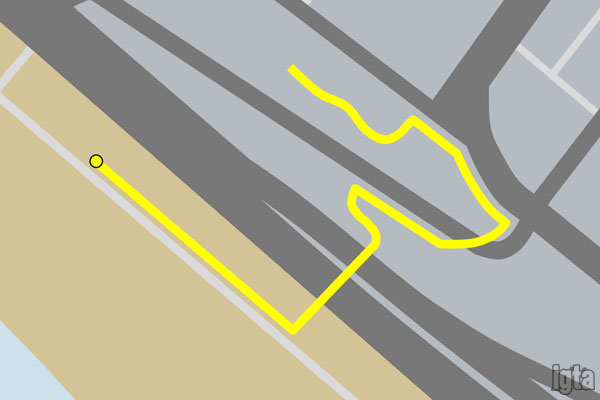 Franklin finds a woman - named Mary Ann - doing push-ups out on the peninsula southwest of Paleto Bay. She tells Franklin to stop looking at her ass - which he kind of wasn't but is definitely looking now. She continues to put words in Franklin's mouth and says she's getting ready for a triathlon. Mary Ann's assumptions about Franklin get him mad enough to compete against her. Mary Ann will take the challenge.

The two start running and you are put in control of Franklin. Follow Mary Ann and swim across the bay. When you reach the shore and finish line you are told to get on a bike. Do so and cycle through the trail (which isn't a completely established path, the route just snakes around various parts of Paleto Bay). When you get on the marked roadway look out for vehicles coming towards you and then a stunt jump over a broken wood bridge. Reach the next finish line and Franklin will dismount. Now run the rest of the route. When you finish Mary Ann and Franklin will have a short conversation about the results. Mary Ann then takes off on a bicycle. 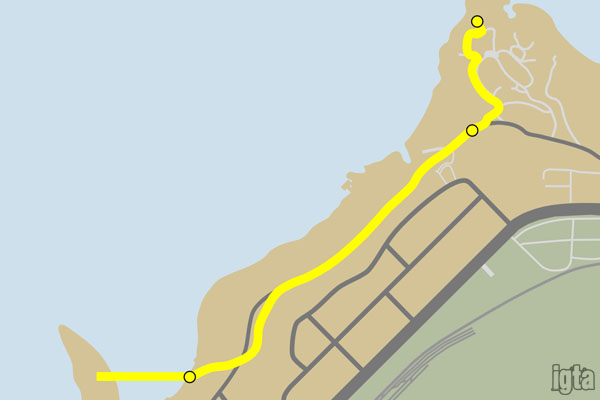 Trevor finds a woman - named Mary Ann - yelling at a male bicyclist near the Vinewood sign. The man attempts to reply but Mary Ann prevents him from saying anything. Apparently the two have been in some kind of emotional relationship for a week. Mary Ann rants about it and eventually says she wishes he was dead. Trevor then steps in with a helping fist. With the man down, Trevor proclaims his love for Mary Ann. She calls him a psycho saying the man was going to impregnate her eggs via surrogate (since Mary Ann doesn't want to get fat from pregnancy). Trevor says she's the craziest chick he's ever met and thinks they are made for each other but Mary Ann tells him to prove it on the bike. She takes off on one bicycle leaving Trevor with another.

When Trevor starts moving you are put in control. Race Mary Ann through the checkpoints along the paths. You'll end up switching between dirt paths and roads. The race ends in a park after going through a porta potty structure. When you finish Mary Ann and Trevor will have a short conversation about the results. Mary Ann then takes off on her bicycle. 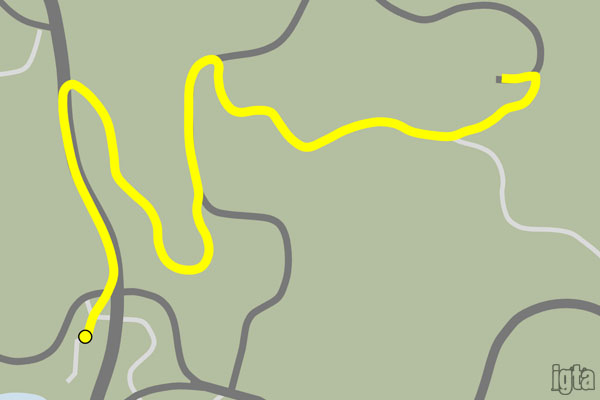