Hao is a Chinese street racer in southern Los Santos. He holds various street races throughout the city between the nighttime hours of 2000 and 0500.

Hao is found leaning on a car in an alleyway next to a freeway off ramp - possibly looking at porn or just women of the internet. When Franklin walks up Hao jokingly questions how Lamar hasn't killed Franklin yet. On the topic of fools, some people are holding a race competition and Franklin is invited to participate. Hao drives off for the starting line. Grab a car of your choice (there is a Ruiner parked on the street if needed) and go to the race a few blocks away. Park in the marker and a countdown will start the race. You are racing against five others including Hao for two laps around South LS. Other vehicles will be present on the streets which adds a bit of difficulty. 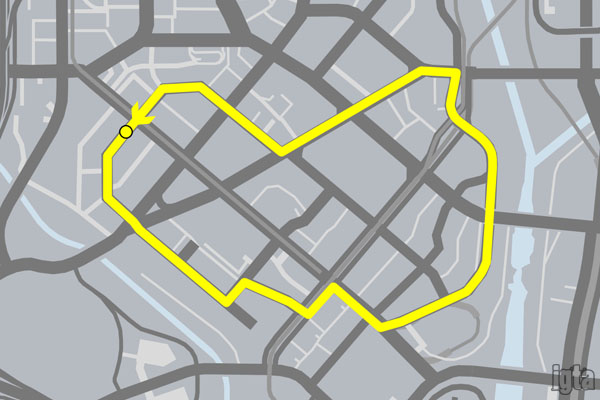 Win the race to pass the mission. You'll be awarded $200. Afterwards Hao sends Franklin a text message saying he got lucky and invites him to other races. Street races are now available on the map with the next one in Vinewood. Each race unlocks another after a week. Hao will send Franklin a text message about the new race. After completing a race you can replay it. The additional races have an entry fee and proportional winnings.

The following races are available in Los Santos. Stats for each are listed. The same general tips from above apply. Note the entry fees. First place wins 3/4 of the pot (six racers total), second place wins 1/6 of the pot, and third place wins the remaining 1/12 of the pot.

Same as the stranger mission. Take a spin through some of the toughest neighborhoods in Los Santos. The race starts in Chamberlain Hills before snaking over into Davis and Rancho. It then heads up to La Mesa and turns back down into Davis then Strawberry.

This tour of the wealthy Los Santos areas starts in Vinewood. It then winds through the hills above briefly before taking a shot down the beach from Del Perro into Vespucci. The route then crosses back through Rockford Hills and touches the eastern edge of top dollar properties before coming to an end. 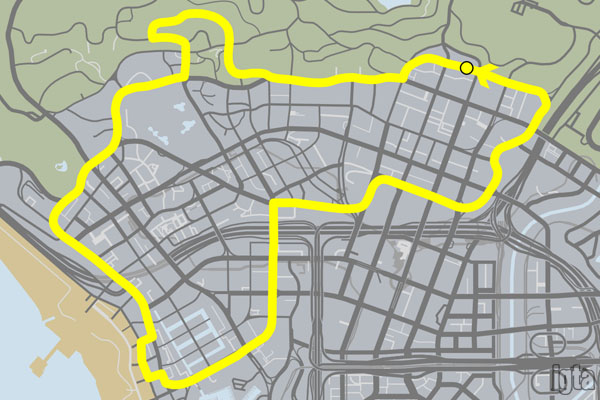 Starting in the race's namesake, the route heads out into the mainland passing by the Maze Bank Arena before taking a short tour of Davis in South LS. After passing by the arena again it goes back into the airport. 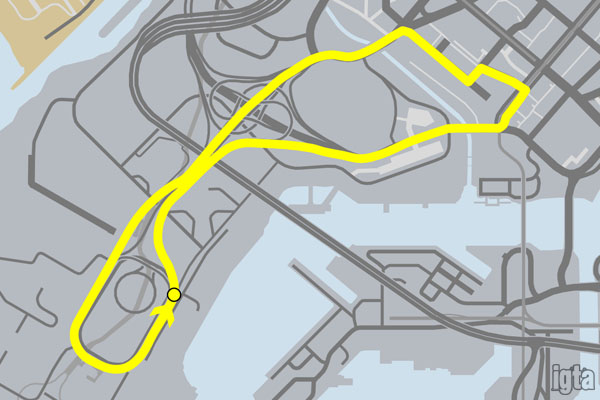 Come for a phallic run around the Olympic Freeway from East LS to Downtown and back. Straight runs lead to quick turns and a fluid spin around various off & on ramps with a crossover in between. 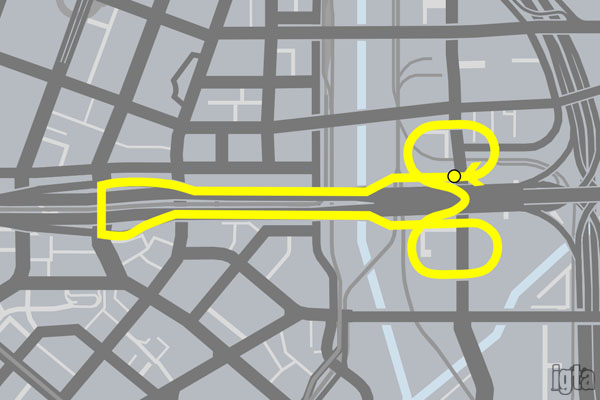 Receding to two wheeled vehicles, this race hops around the canals of Vespucci before shooting up through a mall in Del Perro and back down along the beaches. Note: A sport bike is a very good idea for this race. Also be aware that if the other racers wreck they will get back up and running in a second whereas you will need to wait for Franklin to get up and get back on your bike (if the other racers don't run over him until he dies). Absolute bullshit but that's the way it is. 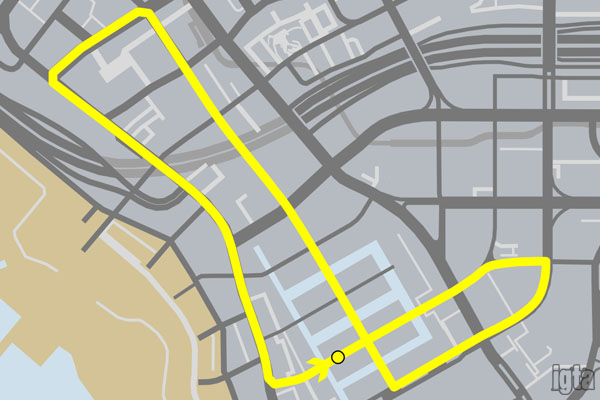 
Upon winning all street races Hao will call Franklin to joke about letting someone else win and that he is impressed. He'll see Franklin around.
All content created by and property of iGTA5.com and must not be reproduced without express written permission. © 2011-2022 iGTA5.com