Actor Pages has posted a casting call from Rockstar's favorite casting company, Tesla. The title of this one is "Interactive Project" for motion capture and voice-overs. -Sounds like a video game, doesn't it?


What really stands out from the characters is one very familiar family name: Eddie McReary. For those who are new to the Grand Theft Auto series or haven't enjoyed Grand Theft Auto IV, the McReary's are an Irish mob family that has been struggling to stay on top.

If that wasn't enough, another familiar name is Jane Bell. She could very well have a relation to GTA IV's Phil Bell. What's even more special about her is that she was mentioned in a previous casting call for a project named RUSH. Eddie is also listed in that one without the last name. This links that casting call to the next GTA even more, and the game itself linked more to California/San Andreas. 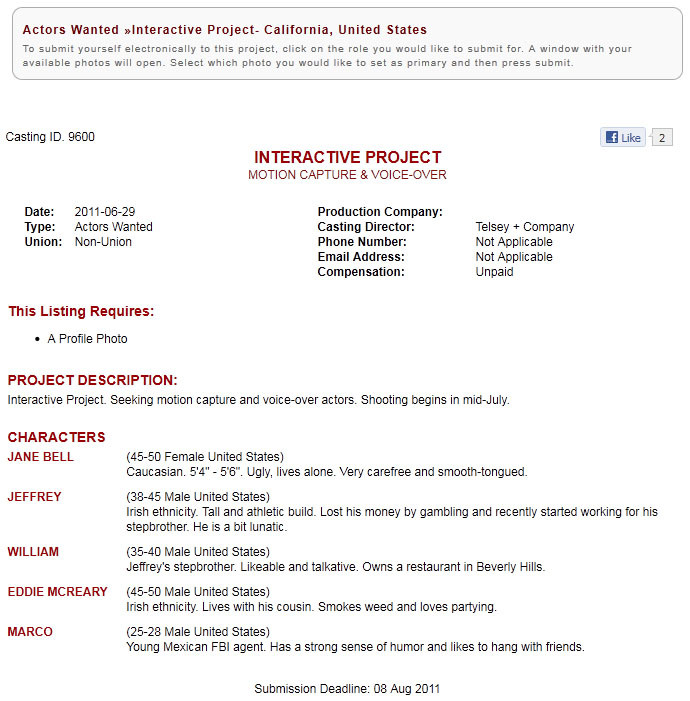 So what do you think? Are we going going back back to Cali Cali or are we just being fooled? Let us know in the comments below and join the discussions in the GTA 5 forums!

Special thanks to our friends at Sector Rockstar Games for the heads up!
All content created by and property of iGTA5.com and must not be reproduced without express written permission. © 2011-2022 iGTA5.com