Grand Theft Auto V finally comes to PC next week and the gaming press have taken it for a spin. So far things are looking good but we'll let you read up and decided for yourself. There are some new screenshots released with the previews as well. GameSpot snagged an interview with some Rockstar devs. Check out some quotes below and be sure to read the full articles. 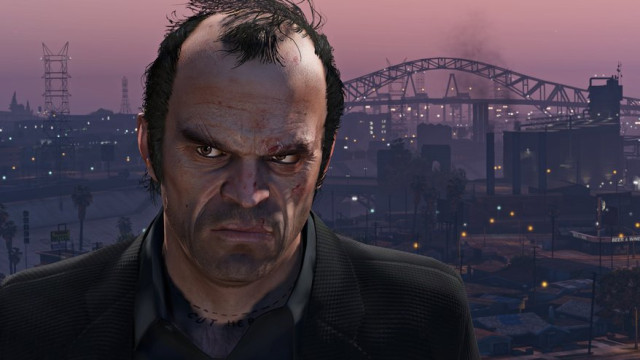 
Specific to the PC edition of GTA V is the Rockstar Editor, but we still don't know a lot about it. Can you walk us through it?

Weâ€™ve increased the number of options available so that players can manipulate film speed, depth of field, different kinds of camera positioning and the various blends between them, filters, and more. We have also expanded the ways that players can manipulate sound on their movies. Within the editor, players can add and edit multiple radio tracks to a single video, choosing from the huge range of score composed for the game as well select songs from the GTA V soundtrack and even in-game advertisements.

On top of all these additions to the editor is director mode. This gives players the opportunity to play and record their own scenes using any actor from GTA V including story and Heist crew characters, people on the street and even animals. As you play through the GTA V story, more and more character options will open up for you to use. You can also get them to speak specific lines of dialog or perform contextual actions, opening the door for amazing possibilities. You will also have control over details like time of day and weather, "Wanted" status and pedestrian density. Some of the classic cheats will open up too, bringing a ton of cinematic possibilities.

Once youâ€™re finished, you can now share your videos directly to YouTube, and we will be working to support community creations through events and contests.


There's no doubt some skepticism based on some past ports of Rockstar games, like GTA 4, and the ongoing, slightly heartbreaking absence of Red Dead Redemption on PC might make you wonder how much the publisher values the platform next to consoles. Max Payne 3 was a vast improvement, though, and I see no reason to be concerned with GTA 5 eitherâ€”this port looks incredible and I swore a hell of a lot (in a good way) at the gorgeous skylines during my hands-on. This is a handsome game.

I was shown the game in 4K resolution running at 60fps. The PC Rockstar was demoing it on is outside the price range of most consumers, with an i7 [email protected], SLI GTX 980, 32GB of RAM and a 256GB SSD, but thatâ€™s just to show off how pretty it can look. Rockstar says that even average rigs wonâ€™t have a problem getting great 1080p performance out of the game, which is encouraging. Scalability is a priority for them.


Custom Soundtracks
It may not be the Spotify integration we were hoping for, but Rockstar is letting players make their own radio station using music files on their computer. After putting copies of song selections into a specific folder, you can listen to them on the Self Radio station. An auto scan will identify new songs as you add them upon starting the game.

Players have a few different options for listening to these custom soundtracks. You can play them sequentially, shuffle the collection, or have Rockstar integrate them into a radio experience complete with commercial breaks, station IDs, bumpers, and banter between DJs Cliff Lee and Andee, who you may remember from Lips 106 in Liberty City Stories. In the pause menu you can choose whether you want to have the songs play in the order you have them in the folder or to let the game analyze the collection and build a playlist order.

If you donâ€™t want to build your own station, you can enjoy some new tunes on the in-game stations courtesy of Rockstar. For the PC version, the developer added The Lab FM, hosted by Alchemst and Oh No, to the rotation. Artists featured on this eclectic new station include Earl Sweatshirt of OFWGKTA fame, Little Dragon, Tunde Adebimpe from TV on the Radio, Phantogram, Freddie Gibbs, Gangrene, Future Islandsâ€™ Samuel Herring, and more.


Impressive too is the lighting, which was already remarkably nuanced even back in the PS3 and Xbox 360 versions but appears even more striking here. Interestingly, Rockstar Northâ€™s director of technology Phil Hooker, director of engineering Klaas Schilstra, and technical director Adam Fowler (who are on-hand to jointly discuss GTA V for PC) explain that the lighting itself actually hasnâ€™t changed a great deal over the last 18 months; rather itâ€™s the increased quality of the effects that combine to compose it.

"It is the overall experience that adds to that feeling," explains the team. "With each iteration of the game weâ€™ve been able to push the quality level of the effects that support the lighting, while the lighting itself hasnâ€™t actually changed much since the PS3/Xbox 360 version."

"All the effects that compose our lighting (reflection, ambient occlusion, skin and post effect) are higher quality and higher resolution (where settings permit), which gives the PC version a smoother and more nuanced picture."

And another small piece of news to wrap this up: Preloads for the game are now available from Rockstar Games and Steam. So if you want to get a head start on a loooooong download, hit up either website.

Update: Check out more impressions and interviews from around the globe at Gameswelt (German), Meristation (Spanish), 3D Juegos (Spanish), and Jeuxactu (French).

Join the chat in the forums!
All content created by and property of iGTA5.com and must not be reproduced without express written permission. © 2011-2020 iGTA5.com