GTA 5 On Wii U? Strauss Zelnick Is Skeptical

One of the ongoing Grand Theft Auto V debates is not really about which platform is better but more about Nintendo's Wii U and whether or not it will get GTA V. We've doubted the idea and now a big name with a big say is weighing in. 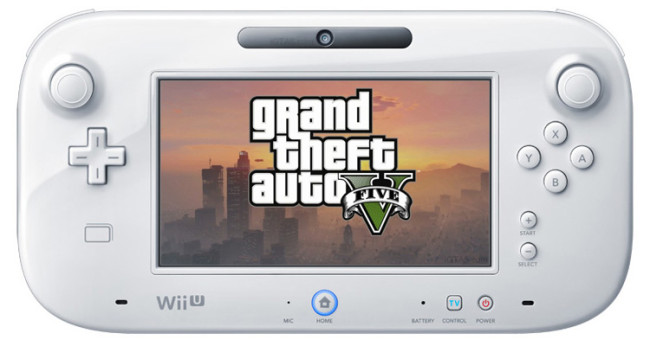 CEO of Take-Two (Rockstar's parent company) Strauss Zelnick has doubts about Mature rated games on the Wii U. Gamasutra posted some of Zelnick's advice on the gaming industry. He is excited to take on the new console with a lineup of family titles but doesn't see it fit for everything:

"We haven't announced anything," says Zelnick on the possibility of moving the company's mature titles onto the Wii U. "I'm skeptical."

"For a company like ours, it's a great opportunity," he says. "[New console launches] separate the winners from the losers -- and we fully expect to be one of the winners."

For those with no patience that have been crying over the wait between GTA releases, Zelnick also talks about yearly releases of titles:

"I don't aim to annualize our non-sports titles because I think you run the risk of burning out the consumer -- even if its very high quality [product]," he says. "Some of our competitors have had this trajectory where they extract a lot of value and the IP goes away. We're trying really hard to build permanent IP. And if you have to rest the title for a few years, over time you'll extract more value. ... We're not trying to create something good and market the hell out of it. We're trying to delight customers with something great -- and market hell out of it."

We couldn't agree more! Let us know what you think in the comments below and for those who are cool enough to be members join the GTA V forum discussion about the Wii U here.
All content created by and property of iGTA5.com and must not be reproduced without express written permission. © 2011-2022 iGTA5.com