Back in April we reported that GameStop Germany had listed "GTA 5" on its website but took it down shortly after. They have now put it back up for the PlayStation 3 and Xbox 360. Last time it was listed with a January 15th, 2012 release date but this time it is listed as "unknown".

Aside from the release date, all the other information given is the same. Same URLs, same description. Only thing new is the fan-created Grand Theft Auto V logo for the picture. Check it out for yourself: [PlayStation 3] [Xbox 360] or have a look here: 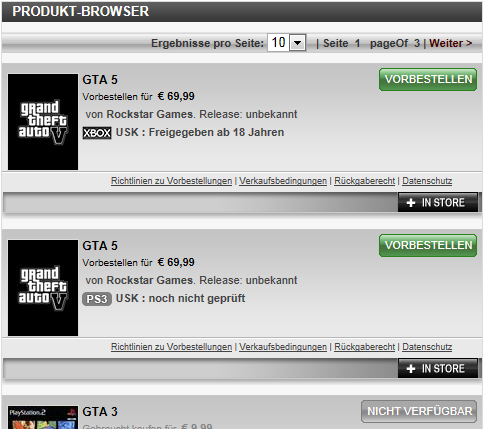 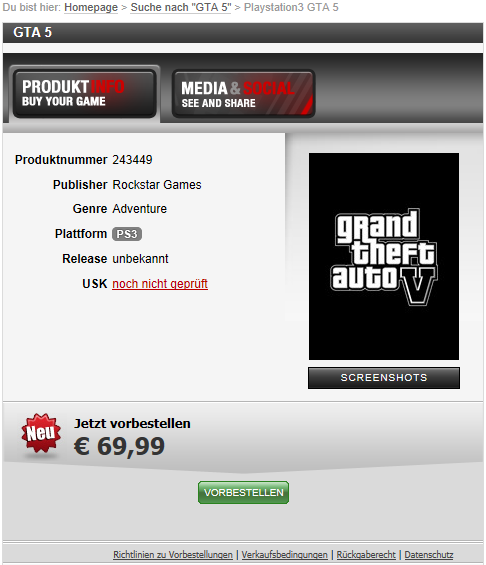 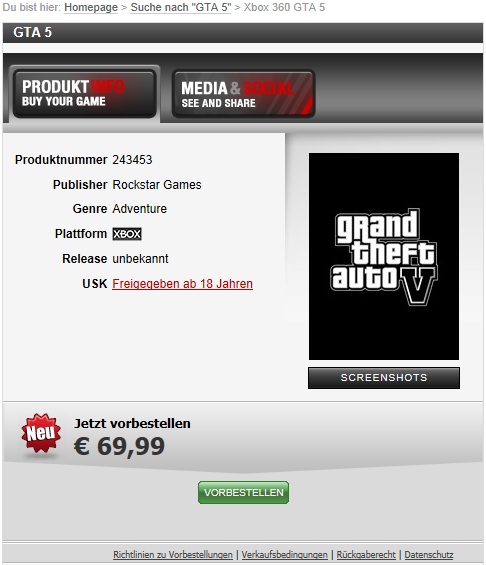 Here's a re-write from our previous article. The description given (translated):


Description
Rockstar has now been moved first official information about GTA V! In an interview with the Times, said Dan Houser, that is already working on the fifth GTA. But before the characters are created, the developers take care of the city, will play in the round. Houser is also co-wrote the screenplay for the plot, which will comprise about 1,000 pages.

So there you have it (again). Will it stay up this time? Does GameStop really know if GTA 5 is coming? Or just another marketing ploy (again)? Let us know in the comments below and join the chat in the forums!

Thanks to our friends at RockstarSpy for the heads-up!
All content created by and property of iGTA5.com and must not be reproduced without express written permission. © 2011-2022 iGTA5.com