The New York Times had a chance to sit down with Rockstar's Vice President of Creative Dan Houser for a small chat about making video games including a little background information on the making of Grand Theft Auto V. 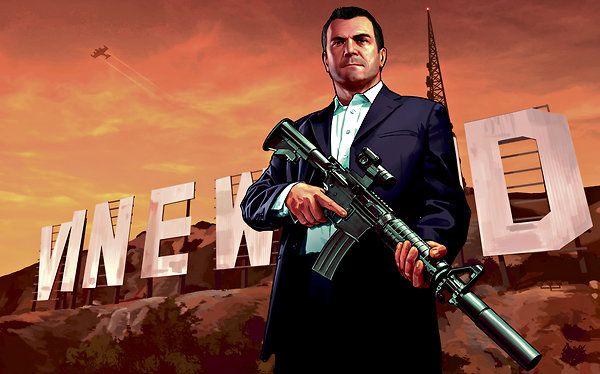 
Q. What is that vision?

A. Itâ€™s the stuff weâ€™re trying to realize with this game. Itâ€™s a world brought to life, in which you are able to exist and explore and have the benefits of some kind of narrative pull-through, a world that exists and doesnâ€™t exist at the same time. Weâ€™ve made something that sort of is Los Angeles and sort of isnâ€™t. And thatâ€™s deliberate, that it isnâ€™t an exact replication of it. We wanted this post-crash feeling, because it works thematically in this game about bank robbers. And that seems like itâ€™s going to endure through the next year.

Q. How does the new, three-character structure help you get closer to the ambitions you have for the medium?

A. Just at the conceptual level, the idea was three separate stories that you play in one game. The next bit was, letâ€™s not have the stories intersect once or twice but have them completely interwoven. It felt like it was going to be a real narrative strength: you get to play the protagonist and the antagonist in the same story.

Q. At this stage in the process, whatâ€™s left to do with Grand Theft Auto V?

A. We are editing, fixing, removing, replacing, adding, avidly. Itâ€™s the equivalent of, if you wrote a book, and you had two million spelling mistakes. And you had to do them by hand, in a language you didnâ€™t understand. But once itâ€™s working, you can sit there and watch the world go by. I still find that magical about them. You donâ€™t get that with anything else. The life might be fake, but itâ€™s still the closest weâ€™ve come to a living artwork. I think thatâ€™s the core appeal of them.

Read the full article on the NY Times website here. Thanks to joncreid for the heads-up!
All content created by and property of iGTA5.com and must not be reproduced without express written permission. © 2011-2022 iGTA5.com